The Taste of California: 5 Great Restaurants in Sacramento

If you imagine that formally every state of America is an independent locality, then you begin to look at the little-known Sacramento city with different point of view. The fact is that this city, unlike Los Angeles and San Francisco, is the official capital of California.

Despite the city is not the largest in the state, there are many places that you must visit to truly get to know Sacramento. This also applies to culinary establishments.

The cuisine of numerous Sacramento’s restaurants and cafes is incredibly diverse. You can taste dishes of literally any nation of the world – there are many bars, cozy cafes and restaurants serving Californian, Mexican and European dishes, as well as excellent seafood. If you are going to visit Sacramento soon, here’re some great dining options to try: 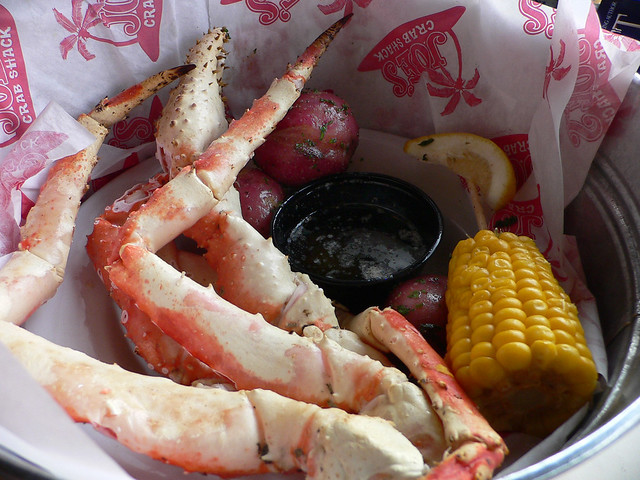 Are you ready to tinker carefully with the claws of the crab and don’t worry that all this doesn’t look very aesthetically? Then pick up Enterprise car rental at Sacramento Airport and head to Joe’s Crab Shack restaurant. As soon as you make an order in this restaurant located on the water, they waiters will immediately bring you a huge bib. After wearing it, you can start the meal without fear of getting dirty.

The very same meal is served in an impressively sized pan, in which a crab is steam heated. As a rule – this is a mix of several types of crabs and shrimps, and as a side dish you get potatoes, corn cob and sausage. 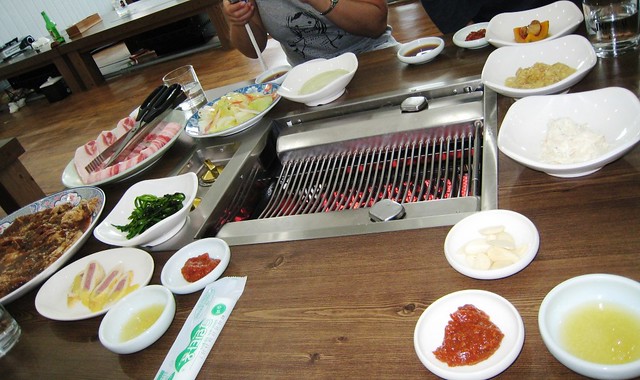 This is a real Korean restaurant where visitors can cook barbecue on their own. There’s a grill built into each table, and copper hoods above the tables. In Seoul, such establishments are very popular, but in California the can be called exotic. The meat is brought to you already marinated: samgyeopsal (grilled pork belly), tweji moksal (marinated pork in sweet sauce), galbi (grilled ribs) and a dozen other options of chicken, pork and beef.

In order to cook your meat perfectly, the assistant-waiter, and sometimes the owner himself, can take this responsibility upon himself, and all you have to do is to prepare plates. 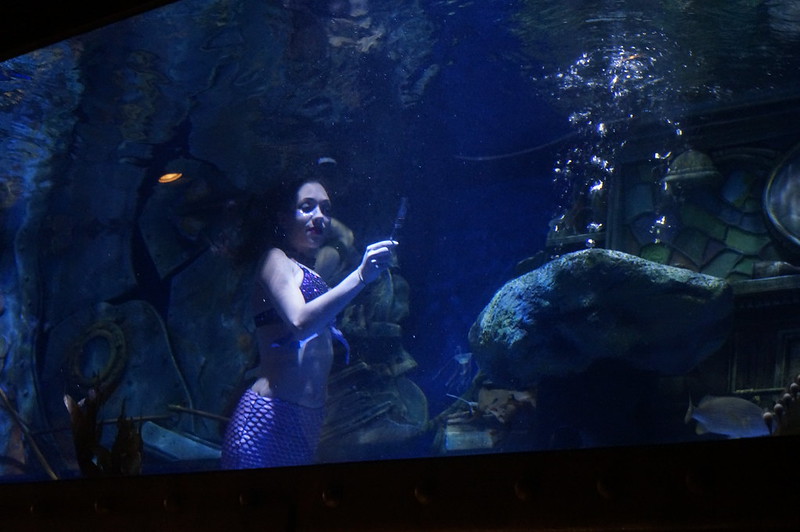 Mermaids really exist, but children shouldn’t know about it, because this bar is only for those who over 21 years old. The author of the idea of ​​a giant mermaid aquarium, designer George Carpati, said that Dive Bar is the most creative nightclub in California. It was included into tourist guides, and the bar became one of the hallmarks of Sacramento.

In order to see the mermaid, you need to sit a little at the bar, but when the light flickers and the music gets louder, an amazing show begins in the 7,500-gallon aquarium.

Representatives of Greenpeace, who, of course, wondered if exotic fish in the aquarium didn’t suffer from such a neighborhood, explained that the bright makeup of the mermaids was made with special non-toxic paints, and it was written in the mermaid contracts that they were forbidden to use creams, perfumes and lotion before the performance. So in the process of entertaining visitors to the bar, not a single fish suffered. 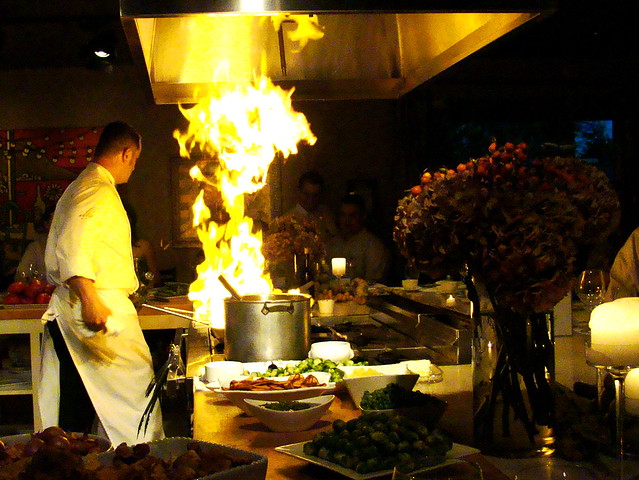 If you are the one who loves buffet in the theater, here you will be understood and supported. The Kitchen is a restaurant-theater, which shows a performance in two acts. The first act is cooking a five-course dinner, with the chef in the main role. The second action is a dinner, and the main role is performed by you. Reserve a table in advance.

At the entrance you are greeted with a glass of champagne. The whole entourage creates the feeling that you are visiting the chief and his team. They tell you what will be served today, and devote to the secrets of cooking, tell the story of these dishes and prepare a dinner for a pleasant conversation.

The menu can be found in advance by reserving a table. 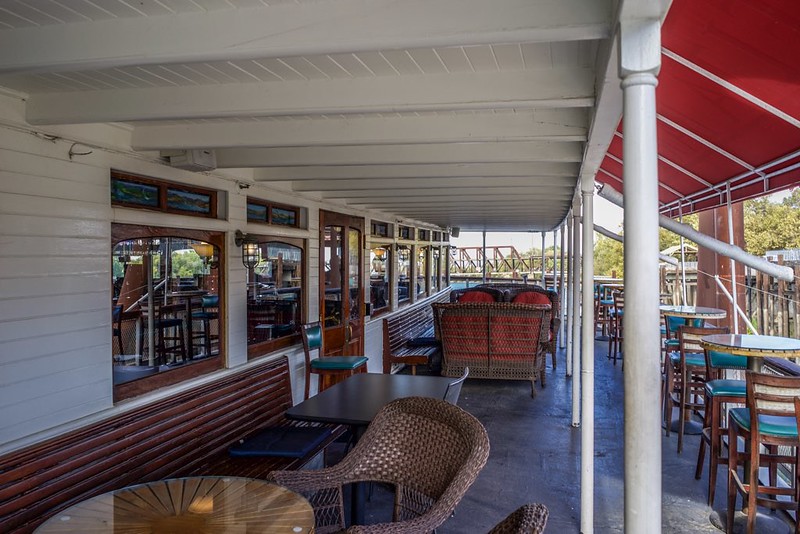 The steamship with a rich history called Delta King moored in Old Sacramento. Two floors occupied by a restaurant and another two – by the hotel.

This ship was launched in 1927. Prior to the outbreak of World War II, the floating restaurant transported gourmet vacationers from Sacramento to San Francisco. When the war began, the white ship was repainted gray and turned into a floating hospital. After the war, the ship was sent to Canada, and then returned to San Francisco.

The current owners of Delta King found the ship in a very sad state: it was half flooded and destroyed. In 1984, they bought the ship and five years painstakingly restored it, referring to the drawings and photographs of pre-war years. The snow-white steamship received not only a second life, but also the status of a historical monument. By the way, the modern menu repeats what was served to visitors almost a century ago