The Beauty of Nature: 3 Amazing National Parks of Oregon

The landscapes of the American state of Oregon amaze with their diversity. Officially, its territory is divided into eight relief zones, but in fact there are much more of them. High mountains, bare cliffs, green valleys, fast and mighty rivers, yellow deserts and volcanic plateaus represent the incredible beauty of Oregon, while the developed road network makes it easy to explore them by car.

If you like spectacular landscapes and want to see them in all their original grandeur, then it would be a great idea to pick up Hertz car rental at Hillsboro Airport and go to the following national parks of Oregon…

Anyone who travels in the south-central region of Oregon is simply obliged to visit the world-famous Crater Lake National Park. The extraordinarily beautiful lake with the purest bright blue water is called one of the seven natural wonders of the state.

The whole park is a picturesque lake of volcanic origin. At this place 400 thousand years ago, a volcano with a height of about 3,500 meters was formed. About 7.7 thousand years ago, the strongest eruption occurred, as a result of which there was practically no rock inside the volcano and it collapsed inward, creating a volcanic caldera. Subsequently, the caldera was filled with water and turned into the deepest lake in the United States of unusually rich blue color.

The territory of the park includes the lake and the surrounding area. The 33-mile Rim Drive road allows you to drive around the lake and see diverse panoramas of the extraordinary beautiful landscape, as well as the popular attractions at each new viewpoint.

Its depth is 1943 feet or 593 meters. This means that Crater Lake is the deepest in the United States, second in depth in North America, and also ranks ninth among the world’s 10 deepest lakes. 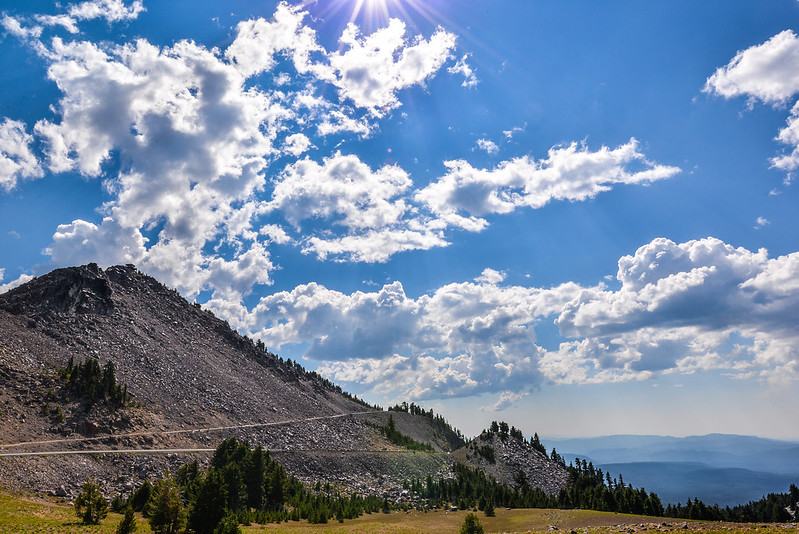 In order to get to Crater Lake from California or Portland, you need first to choose the Route 5, then follow Route 97, and get to the southern entrance by the Route 62. The lake is hidden far from the usual trails on sparsely populated land of southwestern Oregon.

If you want to spend the night there, then directly on the territory of Crater Lake National Park there are two campsites and lodgings, which need to be booked in advance:

In Oregon, part of the badlands in the mountain desert is under state protection – this is John Day Fossil Beds National Monument. The monument consists of several territories, it’s necessary to have a car to move between them. 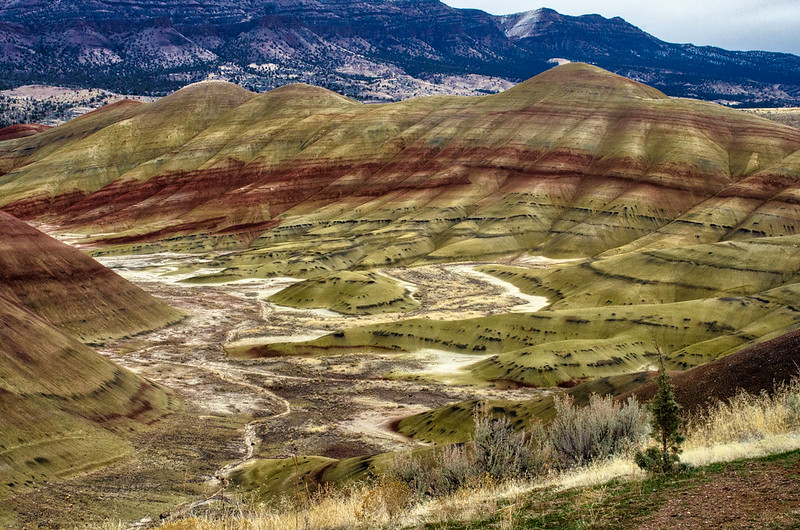 In the park, there is an opportunity to get acquainted with the well-preserved fossil remains of the flora and fauna of the Earth. Here you can go back to the past of the planet and imagine what life was like on it from 5 to 45 million years ago. A distinctive feature of John Day Fossil Beds is the history of such a huge period of time, the evidence of which is gathered in one place. But since this area was under water at that time, you won’t find fossil remains of dinosaurs there – only the fossils of plants and animals are preserved, mainly from the Epoch of Mammals.

The park is located at an altitude of 670 meters above sea level. The climate in its territories is rather dry, in summer the maximum temperature is about 32°C, and in winter it drops below zero. The park has more than 80 types of soil, so the vegetation is quite diverse – ranging from willow trees by the John Day River, as well as various herbs and cacti among the stones on the hills. The fauna includes more than 50 species of permanently living and migratory birds. Moose are the largest mammals living in the park. In addition, such small animals as raccoons, coyotes, and vole mice are also presented there. 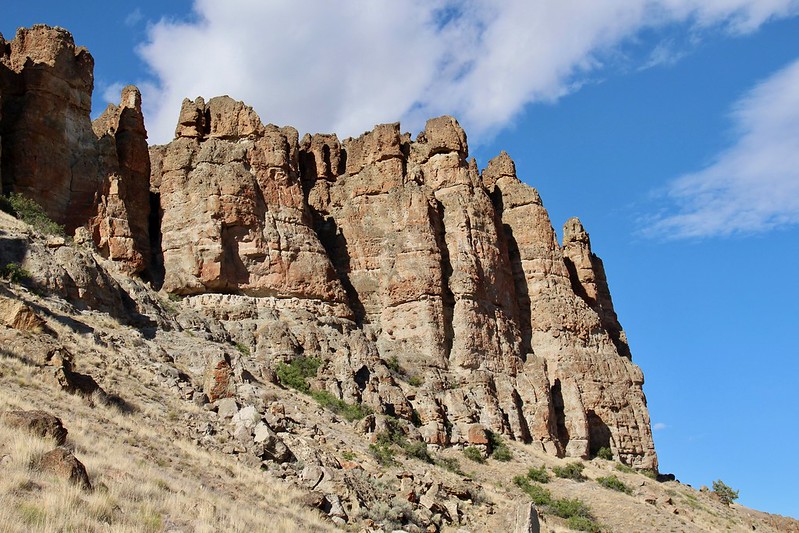 If you travel by car from Portland, then head to east to 84th interstate route to reach John Day National Monument. In the area of ​​the city of Rufus, you need to turn onto the 206 Highway, which will eventually turn into Route 19. This is the John Day Highway. In total, you need to drive 390 km.

Located on the territory of the Deschutes National Forest and the Newberry National Volcanic Monument, the grandiose and awe-inspiring Newberry Volcano is a really huge dormant volcano in North America. It’s situated on the 97 Highway between the cities of La Pine and Bend in the heart of Oregon. 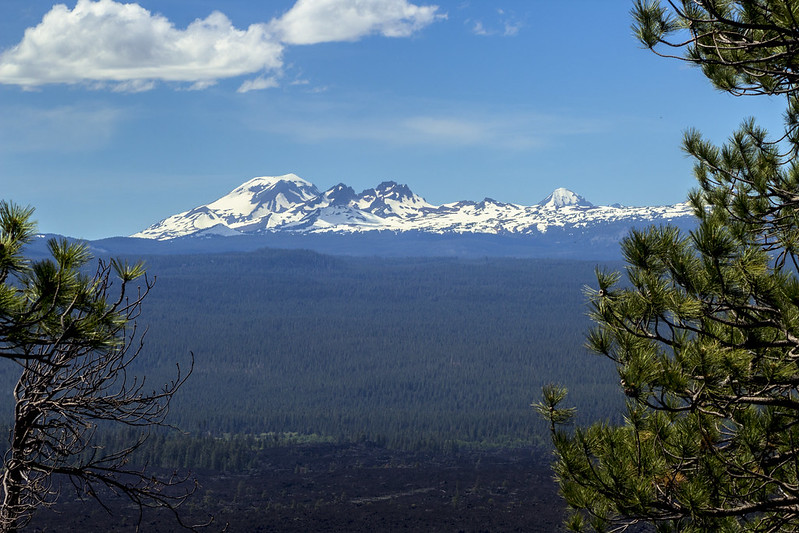 Now the walls of the Newberry volcano have already collapsed, and therefore it’s impossible to understand at what point you find yourself in the crater. The ancient volcano occupies a large area – 500 square kilometers, its diameter is 40 km. The volcano caldera is 6.5×8 km in diameter. Inside of it there are two water formations – Paulina Lake and East Lake, providing campgrounds and the opportunity to go boating, as well as a sea of ​​extinct lava, and several cones that you can drive in by car. 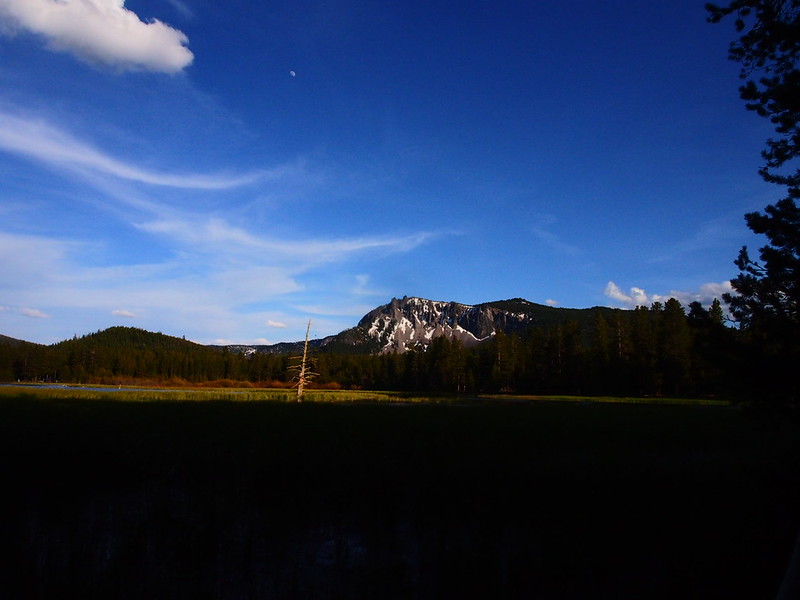 Newberry is similar in structure to Yellowstone in Wyoming, but unlike the famous volcano that threatens the destruction of life on the entire planet in the case of an eruption, Newberry doesn’t move the entire American tectonic plate. The probability of a volcanic eruption is unknown. The last time rhyolite lava spilled onto the surface of the earth and froze 1,400 years ago, when the Big Obsidian flow with the area of ​​2.8 square kilometers was formed.